What's In Store for 2017? Play with our Video Conferencing Prediction Tool!

Every year ConferenceRoomSystems.com releases their predictions for the video conferencing industry along with the results from the previous year. We didn't see everything we predicted for 2016 but we did see some amazing advances in video conferencing, live streaming and wireless presentation.

See Last Years Predictions for 2016 below... 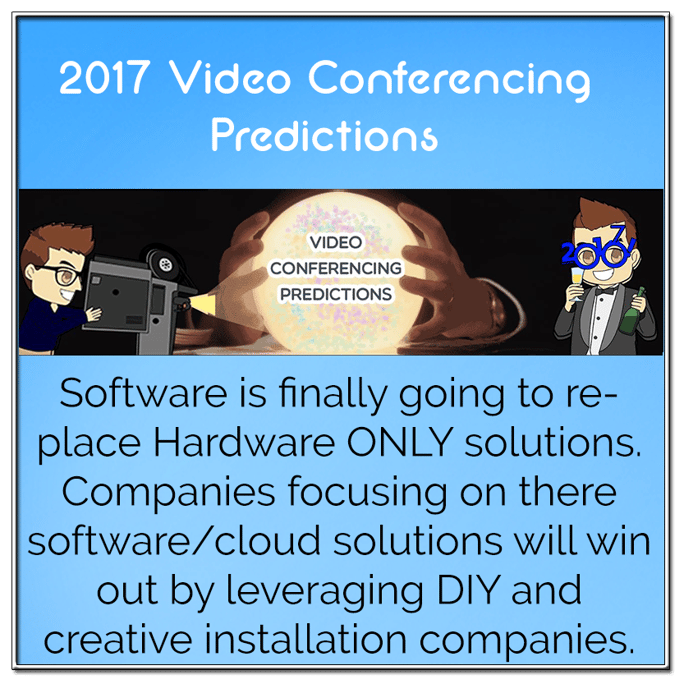 Prediction: Video Conferencing providers such as Adobe Connect, GoToMeeting, WebEX and Zoom will continue to build out integrations for Skype for Business. Skype for Business will remain a large player in the market but features will lack the innovation of smaller startups like Zoom...
Reality: Skype for Business is now being rebranded (again) as Skype Teams. With the rise of popular team communications platforms such as Cisco Spark and Slack, Skype seems to be on a new path. Zoom has released a native Skype for Business integration but others have not followed this path.

Prediction: More affordable web conferencing solutions like Skype for Business and Zoom.US gain larger market share as GoToMeeting and WebEX slowly lose market dominance... We expect some consolidation and major buyouts. Cisco purchases Acano for $700+ Million. Who will Polycom purchase in 2015 to remain competitive?
Reality: This has certainly happened.... 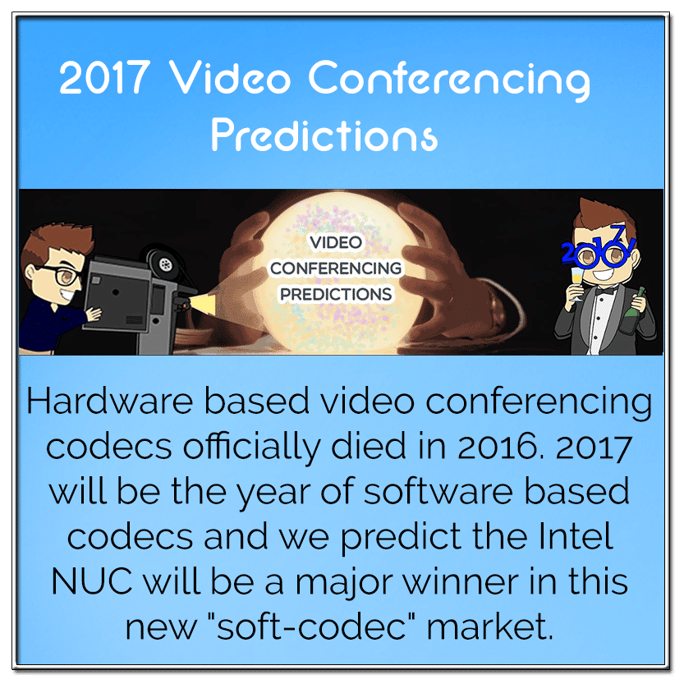 Prediction: Video Conferencing will be used as a way to reduce Corporate Carbon Footprints. Environmental policies and travel reduction campaigns will gain more traction and look to video conferencing as a solution...
Reality: With the president elect Donald J. Trump, many environmentalists are concerned about priorities. While video conferencing does reduce travel in businesses, it seems like the environmental motivations are less important than the cost savings.

Prediction: In 2015, we saw Zoom video conferencing add wireless presentation into their service. More video conferences service will follow. It is a powerful feature and seemingly easy to integrate.
Reality: It's becoming more popular for video conferencing users to connect a laptop to the meeting in order to "wirelessly" share content.

Prediction: Web Conferencing was originally designed for the desktop experience. Again Zoom has lead the way inventing a room based solution for video conferencing. Other solutions such as BlueJeans, Cisco WebEX and other will soon follow 2016.
Reality: The only conferencing software we have seen to create a "Zoom Room" like application is TrueConf. TrueConf has one-upped Zoom by offering a solution for starting/controlling meetings from any device. 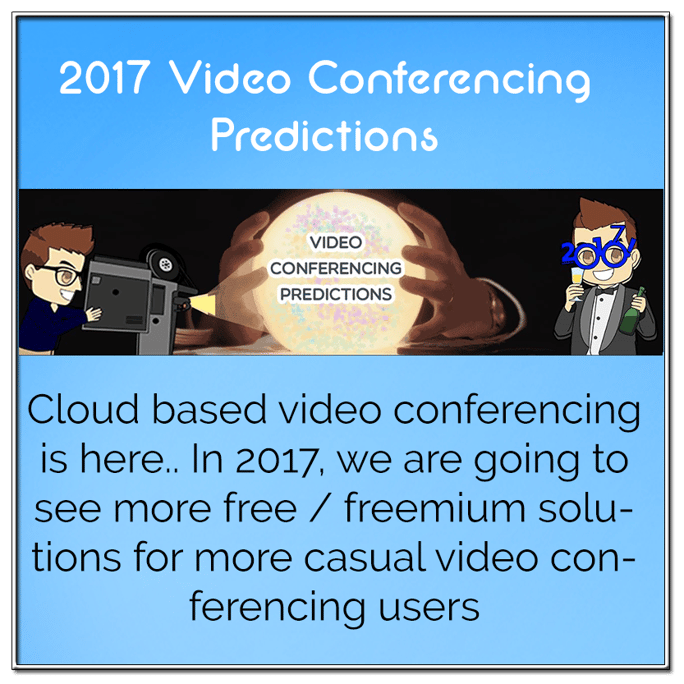 Really want to go back? See 2015's market predictions below...

Prediction: Video Conferencing will be used as a way to reduce Corporate Carbon Footprints. Environmental policies and travel reduction campaigns will gain more traction and look to video conferencing as a solution.

Reality: While VTC has continued to make headway into the reducing carbon footprints, the massive shift is not happening at once but rather as a steady stream

Reality: WebRTC has had some setbacks in regards to security this past year, but don't fret - the open community is working hard to get WebRTC back on track for 2016

Reality: More affordable solutions are continuing to pull business from the traditional VTC markets such as Cisco and Polycom - providing more time for GoToMeeting and others to get their ducks in a row; the quesiton is will they respond in time to prevent Zoom & S4B from stealing their business too?

Reality: With H265 & VP9 truly on the horizon for 2016, we will most likely see this year offering more low bandwidth solutions built into your everyday conferencing solutions.

Prediction: The first 4K webcam is here. Now software providers will start to support 4k and 5k video resolutions... This will be important for key industries but will the entire market follow?

Reality: The current 4K Camera offerings are still new to the scene and as a result almost no one has responded, we should see the largest interest in this field emerging from TeleMedicine once the hardware is stable

Prediction: Either Google or the U.S Government will release free WiFi access points across the United States. Further spreading access to high speed internet and communications to rural areas.

Reality: It looks like any service offered will most likely be tiered based on income for gov't setups and have a small fee for any potential Google offerings... but nothing has come to fruition yet

Reality: We've seen many companies, such as Zoom.US, implementing as many of these features as they can while maintaining a stable platform... we expect to see such add-ons continuing with no end in site to create one platform for your meeting needs

Prediction: USB Based video conferencing products will replace traditional hardware based codecs & leverage the power of cloud based software and faster CPU's in computers. 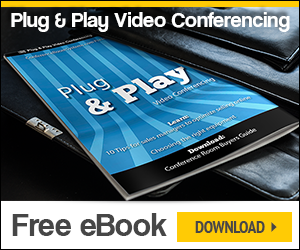